Digital signage advertising is a recent technological development of which people can expect to see more and more. The reasons for this are straightforward: not only are the applications for this technology extremely wide, but they’re also easy to use and may be implemented at a low cost, providing an advertising platform unlike any seen before.

But how exactly is digital signage advertising changing the face of marketing? And what are some useful examples of how this technology has been implemented? Let’s take a more in depth look at these questions while making a variety of observations along the way. 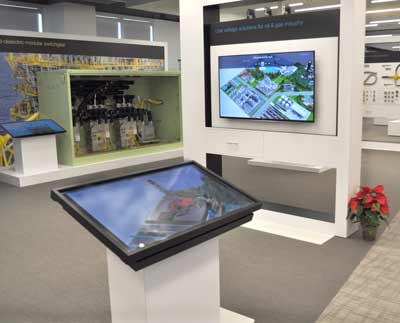 Before answering the questions above, it’s useful to define what exactly is meant by digital signage advertising. Fortunately, the concept isn’t complicated. While digital signs may appear in a variety of shapes and sizes, this type of marketing features a display unit (whether LCD, plasma, or some other type of technology) that is strategically placed for either informational or advertising purposes.

These displays can be as big as a billboard or as small as a grocery store counter monitor panel. The only limit to its application is increasingly shrinking technological limitations and whatever advertising restrictions may be in place in a given region.

Once the displays are installed, they display material either by way of a connection to a network—whether a local network or the internet—or they display data from a storage drive (usually connected to the unit). This fact highlights a significant difference between digital signage advertising and traditional print-based marketing.

For example, with print-based marketing a major limitation has always been that every new advertisement required a new process. In other words, every ad had to be designed, submitted, and printed, a process that could take significant time and was often expensive. Aspects of this process had to be repeated from poster to poster or billboard to billboard.

With the advent of today’s high-resolution, weather-ready, and cost effective digital signage advertising, that’s no longer an issue. Instead, once a client’s advertisement is ready to be displayed to its intended target base, it may simply be uploaded and displayed per the agreement of the equipment owner.

The flexibility of this medium also opens up a variety of possibilities and scenarios that were previously impossible. For example, the glow of a display naturally draws the eye, and wherever they are being used, people look. This means that monitors can be placed wherever advertising may be deemed appropriate, whether it’s on a walkway to a destination, inside of a retail establishment, or anywhere else a target audience may be present.

This technology also allows marketers to think outside of the box and market in places where a message may not be expected. Creativity may be what draws a pair of eyes to one’s signage over the traditional print media of a competitor. With the ability to display video and static images, or even allow for interaction, the marketing possibilities are endless with this technology.