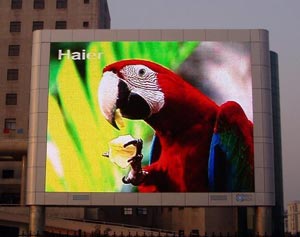 Strategically placed LED billboards are an excellent method for delivering high-quality information and promotional messages to a broad range of potential consumers, who can pass by the displays in any number of locations. Unlike standard billboards, digital billboards use extremely efficient light emitting diodes (LEDs) to present large-scale full-color broadcast-quality graphics, animations, and video, or some combination of all three. The overall effect is to grab and engage the attention of individuals so that they will focus on the message. Studies show that a person is more likely to remember the content from an animated billboard over the static content of a standard billboard.

LED billboards allow companies to focus the marketing message on certain demographics within a particular locale. They can play a specific role in the expansion and success of a business by attracting new customers. They are an important method for getting the message to as many people as possible and broadening the customer base.

What are the disadvantages of a traditional billboard?

There are numerous disadvantages to using traditional billboard for advertising. One such disadvantage is that the information is static, and as mentioned above, it is easy to ignore, miss altogether, and quickly forget the message being displayed. Another disadvantage is that it is difficult, time-consuming, and expensive to make changes to the content. The old print must be removed, and the new billboard added. The third disadvantage is that the weather can have an impact in an adverse way on a print billboard. Rain and wind can damage the display, and the sun can fade the images over time. Finally, if the static billboard is anywhere near LED billboards, the static message will be lost due to a lack of interest.

What are the advantages of an LED billboard?

LED billboards offer a host of benefits. First, they give a company a professional image which can make a significant impact on how the company is perceived. It communicates longevity, and a serious commitment to the goods or services, as well as adding legitimacy. Second, an LED display will imprint brand awareness and name recognition on passersby. No other kind of advertising can gain an individual’s attention as well as an animated billboard, especially when they are located in areas of high-traffic. Creative and colorful displays have a naturally positive effect on the mind and the mood. Finally, the content can be changed whenever it is appropriate in an easy manner via intuitive software. Gone is the need to hire people to climb ladders and remove and replace the old content.

The use of LED billboards is a multifaceted marketing tactic that will enable a business to compete in a rapidly and aggressively changing digital world. A reputable A/V firm can help design and implement LED boards as part of an overall advertising strategy. When a company’s rivals are using the latest technology, the smart move is to adopt a plan that will allow healthy competition. If the competitors are not using state-of-the-art technology, then it is wise to get a leg up on them. Either way, sales are sure to increase, and the message will be spread and received via modern advertising methods.