Although the technology behind video calls has been around for decades, only in the last 10-15 years has it cemented itself as a critical element of business communications. Many companies that take advantage of it now, though, rely on it heavily, from everything to project management to interfacing with other top executives. The rise of modern teleconferencing has given professional teams a level of freedom they have never experienced before, and opened up a new way of collaborating. 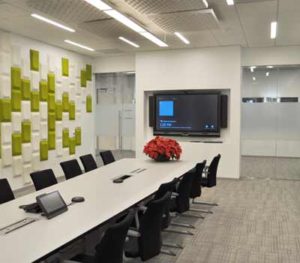 Video calls, 50 years in the making

It all started with the Picturephone, released in 1964 by Bell Labs (now known as AT&T). It was such an interesting novelty that it was debuted at the New York World’s Fair, and received a lot of attention when it was shown to waiting crowds. During the fair, the Picturephone was considered a modern marvel in that it allowed the user to see the person on the other end while speaking. For a short time, it drew a lot of praise for its quality and experience, but never took off due to its expense.

The power of video calls

Teleconferencing does things that traditional communications cannot. While some executives may hold firm on the idea of meeting people in person, there are plenty of reasons why such thinking is growing in rarity. Consider the impressive benefits that a modern teleconferencing system can offer a business:

Video calls are no longer a novelty that only a select few can afford. They are now a practical option for any business that prioritizes cost effectiveness and communication.