As millions of students graduate college this spring, Google could not have timed the release of their new Google Jamboard any more perfectly, to welcome them with a familiar interface as they arrive on the doorstep of corporate America. And the best thing is that they did it with their usual Google flair, and the Jamboard is downright fun!

Reminiscent of their childhood tablets, just in a 55” 4K display, the Jamboard is packed with familiar Google apps students use for school, transitioned to be used in business as part of the G-Suite that Google designed with business in mind.

Google has worked for years to develop some of the best cloud-based applications that have changed the face of how businesses interact with each other. And they have also improved how teams interface with each other, regardless of the team member’s proximity. They have provided an online cost-effective alternative to the Microsoft 360 and its predecessor, Microsoft Office by offering similar word processing and spread sheet capabilities, as wells their famous Gmail and shared calendars for businesses at a fraction of the cost.

Many students are already familiar with whiteboards, the modern day replacement for the old-fashioned blackboard and chalk method, and the Jamboard uses an interactive whiteboard as its “fun”demental building block. But don’t be fooled, this is where the similarities end. Sure, you can write on it. But it is also jam-packed with technology that allows for teams to collaborate via a physical device, but using cloud-based applications and technologies everyone has come to expect from Google. 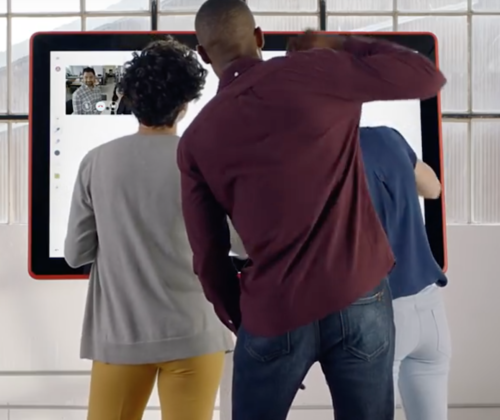 Brainstorming with a remote group often can be challenging. It’s precisely this interaction they were trying

to address. Google has always been innovative in the work space challenges and this has been one hurdle many struggle to solve. Google has bridged the gap with communications though their Google Hangout, the ultimate conference room, allowing remote team members to attend meetings just as if they were there in the room. This is just how business is conducted in 2017, and Google has helped map out that paradigm. But there was something missing, namely a shared workspace where remote locations could interact with each other. This is where Google Jamboard takes center stage and shines.

The companion apps allow a video conference or what is now known as “Jam” session. Each remote team member can easily join a video call using their phone or tablet, making it easier than ever to interact with each other regardless of location.

Your team has your project all mapped out on your whiteboard and carefully writes, “Do Not Erase” at the top, or your team member photographs the board to save the work. Anyone who has ever worked on a whiteboard knows that writing Do Not Erase does really ensure the masterpiece isn’t accidently erased. This is a familiar scenario for any whiteboard user. But Google knows its human users and knows how important that save can be, so it does it automatically, via a quasi-artificial intelligence that saves every interaction in the cloud in real time. Adapting Google Drive into the interactive whiteboard framework allows endless possibilities of collaboration, and saving that important piece of work you just created.

Google Drive Puts Your Team in the Driver’s Seat

Because of the Google drive integration there are endless possibilities that are opened. And there are multiple ways to interact with Jamboard from connectivity to other Jamboards, to remote team members using their own personal tablet or cell phone. But entire teams can work together on reports, presentations or other creative elements that are easily dragged into the shared work space.

Editing a document is as easy as opening it on screen and starting to edit. And in some of their demos Google demonstrated how easy image and graphic integration is by simply opening the file and dragging it on to the screen.

And of course, no Google product would be complete without a web search feature that easily allows the look up and display of information from the Google search engine and Google Maps. 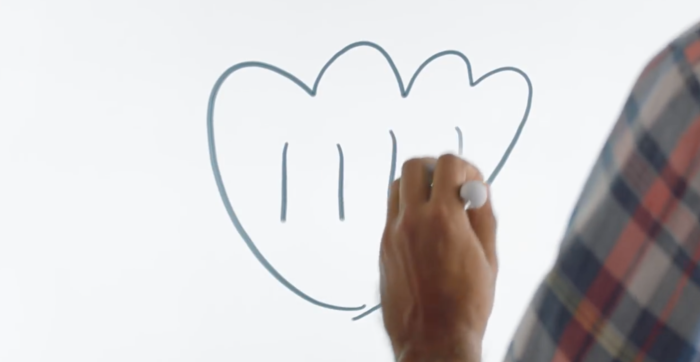 The Jamboard’s 55-inch 4K screen is also a touchscreen that has 16 simultaneous touch points that allows the Jamboard to decode even the messiest of handwriting or the worst artist. It takes the writing and automatically turns it into text, and even the oddest shaped circles and square are painlessly switched to a precise rendering of what is drawn. And each Jamboard has a fine point stylus as wells as an eraser to help users interact and collaborate. Best of all, wiping away a mistake is no different than erasing a chalk line on a blackboard, for those old enough to remember that activity.

These special touchpoints allow multiple team members to be working or interacting with Jamboard simultaneously. What that means is that an entire team, even those who are remote can collaborate in real time, at the same time making Jamboard a robust solution for most office collaboration projects.

In addition to this special touchpoint interface, the Jamboard has the standard items that one would expect to see in an interactive white board, namely a built-in camera so that teams can see each other as well as connectivity though either Wi-Fi or Ethernet, to provide adaptability to easily allow network administrators to insert the Jamboard into their network.

Microsoft Surface Hub and Cisco Spark have long been industry leaders in the interactive whiteboard space. But Jamboard has muscled its way on the playing field with a few specific features. Jamboard has a far more favorable price point at $4999, whereas Surface Core can be double that. But it also brings something else unique.

Although Jamboard is not designed for the educational space, there is now an entire generation of college graduations that have been using G-Suite for their entire academic careers, making a natural familiarity with G-Suites. In doing this, Google has cut the learning curve of the other and arguably beefier whiteboards.  And most millennials just say the Jamboard is downright fun, which makes for a natural leader in the space, even though it’s the newest kid on the block. It taps right in to how millennials work in corporate spaces.

What’s Under the Jamboard Hood?

So now for the geeks, here’s all the tech specs for the Jamboard: 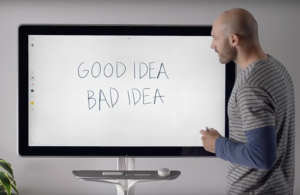 And keeping with the Google tradition of innovation, Google has already started the evolution to add popular collaborative apps, allowing the Jamboard to display and utilize the ease of an app such as Trello. This will lead to further tool development of new widgets to be used with Jamboard to make collaboration even easier.

So, although though some consider this a really large tablet that can hang on a wall, the Jamboard is anything but. Just as the simplicity of the Google search engine brought it to public prominence years ago, the Jamboard has put itself on the same path, and although it is simple, it is quite possibly the best, with a fun and quirky edge. 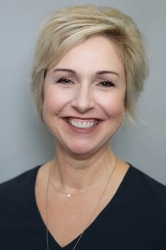 Sandy
Sandy Hill, Director of Business Development for Education, is an audio visual integration representative for Data Projections with 10 plus years of experience selling to the K12 market in all areas of Texas. She strives to seek the best audio visual solutions for the education market and enjoys supporting school districts and other organizations within the vertical. She has participated in many of the area technology shows and events as well as TCEA and the Texas K12 CTO Council.

From the Classroom to the Boardroom: Google’s Jamboard Eases Transition From College to Corporate