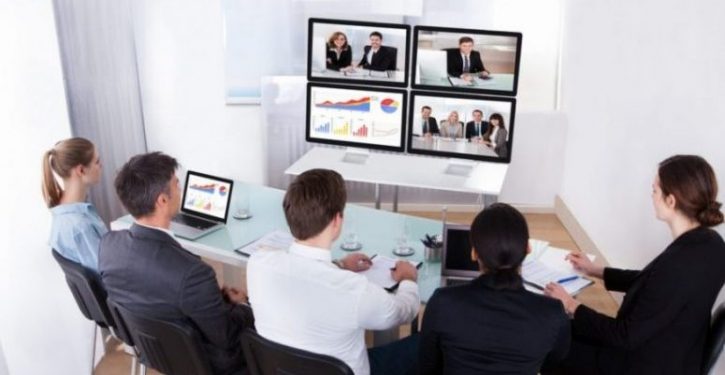 Is your company’s network ready for the future of A/V technology?

When considering whether your network is ready for the future, the primary factor is bandwidth. Backbone A/V technologies, including video conferencing systems, have improved greatly in recent years, but those improvements in call quality come with a bandwidth tradeoff. High definition video makes significant demands on a network, including enterprise networks that are churning through mountains of data every day. Insufficient bandwidth is a common issue among companies, then, and a lack of bandwidth can bring video calls, among other data-using services, to a halt. While that’s unacceptable, it is avoidable. With a deep analysis of the company’s data usage, it’s elementary for companies to make the needed upgrades or the needed reductions in usage.

If it’s time to take a closer look at your company’s network, the biggest hurdle to clear is bandwidth to effectively power communication technologies and other traffic simultaneously.

What is the impact of modern video conferencing systems on enterprise networks?

For years, standard definition video was the only realistic option for most networks. The bandwidth demands then were modest, and when factoring in IP overhead, a 512K rate would only require 614K down through Ethernet. The video quality was just on the right side of acceptable, but the data was easy to find for most enterprise networks.

That’s no longer the case, as high definition video requires several times the data that a standard definition call needs. For example, a video call with a 1920K rate offers much sharper video, but still nowhere close to the best quality that modern systems can manage. At 1920K, the data demands through Ethernet spike to 2.3M down. That’s nearly four times the data usage for call quality that would be considered merely satisfactory for enterprise use. This is just for a single meeting, and larger companies will have to maintain several video conferencing sessions at once. With quality of service (QoS) standards in place, your company will need to keep some data in reserve to prevent service interruptions and hiccups. Some elements of the network will likely experience bursts in data usage that can seize up a call even when the entire network’s bandwidth needs have been accounted for.

There’s a lot going on here, and it can make a proper assessment of your network seem daunting, but it’s the kind of assessment that companies need to make. It’s risky incorporating new A/V technologies into an existing network without first understanding the impact they will have on a network’s data usage patterns.

How should your business approach this challenge?

1. First, calculate bandwidth demands – Before any network upgrades or usage restrictions can be imposed, a company must first calculate its bandwidth requirements. Without this, any decision will be made blindly.

Fortunately, there isn’t any secret to determining a network’s peak bandwidth usage. For every corporate location, determine how many video conferences that location is likely to maintain with other locations during peak usage hours. This will be confined to a tight range and probably won’t exceed two or three conferences at once from a single location. Do this for every corporate location so that you have an idea of how many video conferences will be going on simultaneously during peak traffic hours. Take this number, determine what bit rate the company will use for its video conferences and multiply the number of calls by the bit rate. Add an extra 20 percent for IP overhead and you have a target number to hit.

2. Reserve data for the bridge – Some parts of the network need additional consideration. The video conferencing bridge, or MCU, is the most important example. The MCU is responsible for supporting a lot of traffic at once, as everyone who taps into the conference will have to establish a full duplex connection with it. If just four people are involved in the conference, and everyone is operating on a 1920K bit rate, that’s nearly 9M of data to account for, after adding in the extra 20 percent for IP packet management.

Because the MCU is the workhorse here, it should be centrally located in the company’s network, as more bandwidth will be available from this location. Further, the MCU should be installed in the facility that is doing the most video calling. When assessing your company’s bandwidth needs, make sure the MCU is prioritized.

3. Determine if there is enough available bandwidth – Once a company knows how much data it needs, it must determine if that data is already available. It isn’t necessary to assess every link in the network chain. The wide area network (WAN) links the primary bridge connections and any client connections where shared Ethernet is present are the pressure points. This should make it clear how much data these connections require.

You’ll also need to factor in QoS restrictions, as conferencing systems can occasionally be subjected to data bursts. This is especially true of video conferencing, so leave an extra 10 percent or so to keep peak data utilization from causing stuttering or packet loss.

4. Manage the demand – Once all the numbers are put together and it’s clear how much data the company needs to handle its video conferencing and other data traffic, productive changes can be made. Hopefully there is already enough bandwidth to power the company’s data conduits, but if not, there are several options.

The most effective option is a blanket bandwidth upgrade. If a company is making significant investments in A/V technology, a bandwidth upgrade may be essential. There are few other workarounds if the company’s existing bandwidth falls well short of the minimum required.

If a bandwidth upgrade is cost prohibitive or inefficient, then a company can take the opposite route and restrict data usage on its network. There are a few ways to do this. For one, the company can institute bandwidth limits on a per call basis, like taking bit rates down from 4M to 1M or 2M. The video quality will take a hit, but even at a 1M bit rate, it’s usually clear enough for most tasks. Also, companies can limit the number of simultaneous video conference calls across the network or establish a gatekeeper that controls link utilization between network endpoints. If too many links are being used at once, the gatekeeper will reject attempts to start a conference until network load is reduced.

Companies can also wring additional performance out of their network by adopting various compression and acceleration methods. The H.264 compression standard is a must for high definition video conferencing, as it can handle higher resolutions at a reduced data cost. There are also numerous WAN optimizers available, each one capable of cutting down on traffic with several tricks, like caching and TCP termination.

A/V communications allow for greater productivity and team cohesion, and every business should strongly consider its benefits. Yet before investing in a system, the company’s network will need to be brought up to speed. Preparing a network in this way ensures that your business can adapt to the latest developments in A/V (and technology as a whole) as quickly as possible.

Is Your Network Ready For The Future?